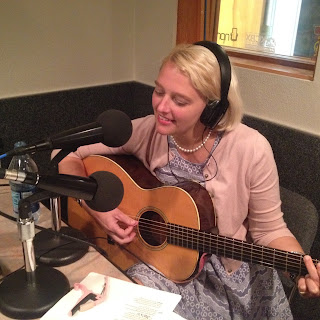 Jeni Hankins has released fifteen albums since 2006 –
ten with the duo Jeni & Billy and five as a solo artist.
Below, you will find a selected song from each album.

You can buy Jeni's music from Bandcamp or iTunes.

You can stream full songs from Jeni's catalogue on Bandcamp.
You can hear samples of Jeni’s music by visiting
iTunes, or you can head over to YouTube
and the Jeni & Billy Youtube page.

Jeni and Jeni & Billy's music is also on Spotify.
THE MUSIC
Studio Recordings 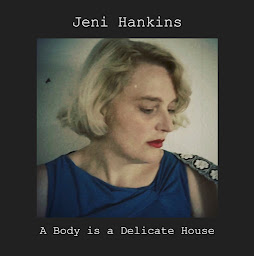 Jeni Hankins, A Body is a Delicate House
Released: December 2022

With touring an impossibility during lockdown, Jeni brimmed with songs. "A Body is A Delicate House" is her studio album from the lockdown period – first released as a hand-pressed CD in fall of 2021. After a successful limited pressing, she had the album remastered by Martin Stansbury of Cacophony Cottage Studios and factory pressed in 2022.

In this release and in her other lockdown release "I Fell Into the Fire," she returns to Jewell Ridge for stories as well as finding inspiration in the life of her late music mentor, Norman Cross.

The physical CD comes with a 46-page booklet complete with essays, liner notes, lyrics, and collages made by Jeni by hand. 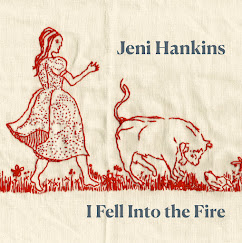 Jeni Hankins, I Fell Into the Fire
Released: December 2022

This album includes songs which Jeni Hankins and Alfred John Hickling wrote mainly via correspondence between March 2020 and August 2021 when collaboration in person was impossible due to coronavirus lockdowns in Britain. Jeni lives in Carnforth, Lancashire, and Crystal Palace in Southeast London. Alfred lives in York. They've been writing songs together since 2015 and collaborating on performances since their bands met in 2010. 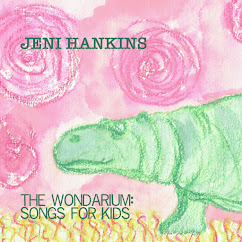 What makes these songs particularly for kids? Well there's something free about them, something nonsensical, and something playful. These are things which I always loved in songs I heard on Sesame Street or on Pete Seeger records.

Not all adults are open to a song about the virtues of string, whereas kids seem to understand. But I was pleased to meet an adult after the first public performance of these songs who said, "I know you wrote that string song for kids, but I like it too." Perfect.

Come one, come all. Take your chances in The Wondarium. 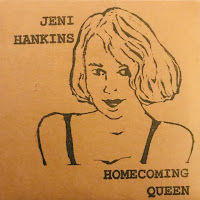 Jeni Hankins, Homecoming Queen
Released 2 Nov 2019
Beginning with Jeni’s first professional studio recording session in Maryland in 2005 and ending with an intimate solo studio recording at the home of friends in Tehachapi, California, Homecoming Queen brings together ten of Jeni’s original songs with a cover by kindred mountain music spirit Hazel Dickens. Jeni’s subtitle for this album is “the secrets girls keep buried down in their sleep.” 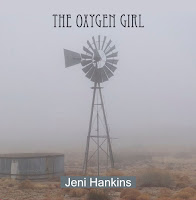 
From the first note she sings on The Oxygen Girl, Jeni Hankins can’t be mistaken for anyone else. Jeni was born in Jewell Ridge, a Virginia Coal mining town in the Appalachian mountains, yet despite her subsequent education and sophistication, she’s your best pal sharing a song and a cup at the kitchen table. Friendly, warm, Southwest Virginia daughter, real.
– Art Podell, Folkworks 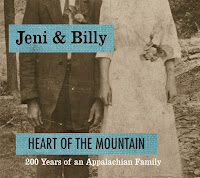 Jeni & Billy, Heart of the Mountain: 200 Years of an Appalachian Family
Released August 2016

In her liner notes, Jeni writes that these “sound documents” are her “offering” to her ancestors. She easily captures, in her lyric writing and prose writing, the offhand combination found so easily in a country life of the ordinary and the prosaic side by side, finding the art and transcendence in the poetry of daily life in the mountains. – Susie Glaze, Folkworks 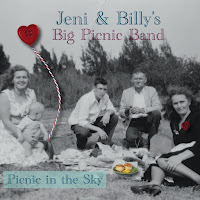 Jeni & Billy with the Big Picnic Band, Picnic in the Sky
Released 2014 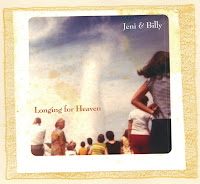 Duet partners Jeni Hankins and Billy Kemp have brought impressive measures of inspiration, artistry, and austerity in this minimalist collection of old-time ballads, heartsongs, and spirituals.

The focus of Jeni & Billy’s fourth CD, as heard on the lovely Sacred Harp classic title tune, is otherworldly affairs. A standout in this category, along with the title song, is their original, “Father Will You Meet Me In Heaven,” a powerful elegy for Johnny Cash’s older brother, Jack, who was killed in a gruesome childhood accident. The duo’s rendition of “On A Hill Lone And Gray,” inspired by Ralph Stanley, is also heartfelt and moving.
– Bluegrass Unlimited 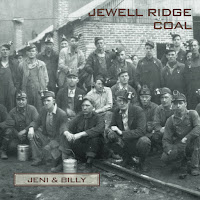 I found Jeni & Billy’s second album Jewell Ridge Coal to be like Billy Elliot meets the Mamas and the Papas meets Dolly Parton. A little bit bluegrass, a little bit folk, and all original, the music feels simultaneously familiar and completely new.
Taking the trip down South with Jeni and Billy to a time gone by is well worth the journey, and I am quite sure you will not only learn a little about Jewell Ridge but also about yourself.
– Nicole Levitz, Feminist Review 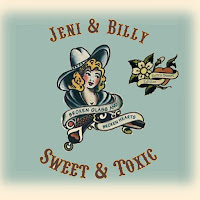 "If you liked the movie 'Walk the Line' . . . you'll love the music of Jeni Hankins and Billy Kemp. Our own Johnny and June, or maybe Porter and Dolly." (Steve Key, Songwriter and Promoter)


"Jeni and Billy have such a great handle on that old style of stuff . . . it's incredible. They’re the real deal." (Michael Patrick Smith, Artistic Director, The Living Room Company) 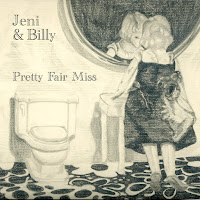 Served up in a neat and tidy, eco-fiendly envelope. Both the envelope and disc feature an original drawing by Jeni. This CD was part of Jeni's "Great Fabric Exchange" back in 2010. If you brought a piece of fabric to a show or sent some in the mail to Jeni, she gave you this CD in trade. Pretty Fair Miss features two rare recordings by Jeni & Billy – the a cappella ballad, "Pretty Fair Miss," which was for a long time the encore for their shows, and one of Jeni's favorite murder ballads, "Henry Lee." Also included is Jeni's most requested song, "Tazewell Beauty Queen," which she wrote for her Uncle Roy Lee Smith and his pink Chevrolet. 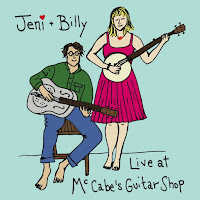 Jeni & Billy's Performance at the the World Famous McCabe's Guitar Shop, Santa Monica, California, in the fall of 2014. 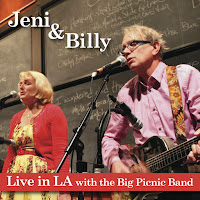 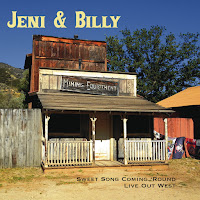 
When they headed out west in the Spring of 2012, Jeni & Billy made all the usual tour preparations: changed the oil in the Jeep, packed up the Airstream with food and clothes, and filled the Jeep with instruments and CDs. Then they did something new. They packed up the equipment from their home recording studio and took it on the road. It was an experiment: to see whether they could capture not just the songs, but the stories that make a Jeni & Billy live performance so unique.

Thousands of miles and a dozen gigs later, back home in East Nashville, they sat down on the sofa, fired up the studio speakers, and started listening. And listening. And listening. For days, and weeks, and months . . . selecting the very best live performances they had managed to capture.
The result is Sweet Song Coming 'Round, a two CD album of stories and song (and even a little flatfoot dancing).

If you've ever left a Jeni & Billy concert wishing you could hear those stories one more time -- or, if you love Jeni & Billy's music but have never seen them perform live -- this CD is for you. Old favorites from Jewell Ridge Coal and Longing for Heaven, along with a raft of never-before released numbers, all wrapped in the warm quilt of Jeni & Billy storytelling -- it's the next best thing to attending a live show.

Do you miss someone? I do. A new song tribute to Mawmaw Margie.

"Heiress to the mountain music crown." – Sing Out