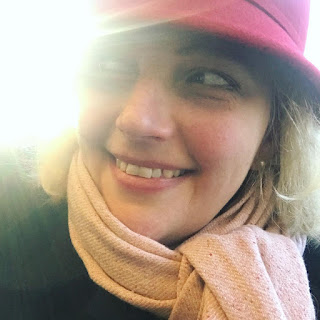 Over the Christmas and New Year holidays, I made pictures of rabbits and squirrels in wool and I learned a new (to me) guitar picking pattern. I read books on knitting, indigo, wild-harvested clay, and Cherokee history. I saw several art exhibitions from the paintings of Winslow Homer (he can paint miniature water dripping from the fingernails of a woman rescued at sea!) to the magical three dimensional textile forests of Magdalena Abakanowicz. I didn’t practice any ice-skating. There aren’t tons of opportunities for ice-skating here in England. I saw the world’s tiniest ice rink in the center of Lancaster and it made me think back to when I was a kid in Boston and my sister and I took ice-skating lessons on Olympic-sized rinks. It was just normal for us and we didn’t even know how big that rink was compared to other ones or how marvelous it was to be able to go to a giant ice-skating rink all year round. That’s probably because we fell down a lot and I never learned to twirl or skate backwards with any confidence. And the inflexible leather ice skates really killed my ankles. I liked the idea of ice-skating more than actual ice-skating.

I’m like that about a bunch of things – I like the idea of them better than the actual doing of them. I love the idea of ice cream, but every time I eat it now I feel really sick. I don’t have much sugar or dairy in my everyday diet and ice cream turns out to be a shock to my system. I feel like a strange person for not liking ice cream anymore, but the price of eating it is too high. It feels like a day wasted feeling sick because of eating something I knew would make me feel rotten. So, I am navigating saying “No, thank you” when ice cream comes around.

This is part of the wonder of living long enough to go from liking ice cream to not liking it. A couple of years ago, I had the same reaction to seeing a chalk stream on the grounds of Morden Hall Park in West London. I said to the Englishman, “I’m glad that I lived long enough to see this stream.”

And that’s what’s been on my mind this week – not chalk streams per se, but living long enough to realize certain things. Lately, I’ve realized that my notions or enthusiasms – like the one that pushed me to dig wild clay out of the bank up at Mawmaw’s house on Smith Ridge this past summer – define my life. I used to really struggle when a new one took hold of me, like natural dyeing for instance. At the beginning of lockdown, I became obsessed with collecting plants, boiling them up, soaking fibres in my vats, and watching colors appear. I LOVED this. BUT, there were pots all over the kitchen and on the windowsills. I had buckets full of fibres soaking in soya milk around the edges of the kitchen floor and our house became a bit crazy. The vats had time sensitive natures and I was their handmaiden answering their demands all day long. Then the weather changed and their were fewer plants available and I started a huge songwriting collaboration, so my vats and wooden spoons went into the cupboard for hibernation.

So, when I think back to my natural dyeing period, I could either say, “Why did I waste time on something I’m not doing anymore (for now)?” Or I could say that I now see so many of the plants and colors around me differently. I see paintings made before chemical dyes came into use and I can guess what plants would have made the people’s clothes certain colors. I look at everyday things around me more deeply now because I collected that bracken and stirred those vats.

One of my friends said of me that I don’t go in by halves when I go into things. This is true. Until a few months ago, I often felt guilty about my enthusiasms and notions because I thought that perhaps they distracted me from being laser focussed on a very specific life mission – like being a famous country folk singer who spends her life on the road until she’s ninety and then has a comeback album produced by a young rockstar and finally gets that Grammy. But I have a new and positive way of thinking about my notions and enthusiasms and about the road I’ve travelled and intend to travel.

My change of heart (in other words, the moment I stopped being so hard on myself about loving knitting, patchwork, clay, dollmaking, natural dye, on and on) came when I challenged myself to complete an application back in December for a really big thing. I had a three week deadline and a big bunch of stuff to gather together for it. I also had to write a densely academic statement of purpose. When you’ve been writing songs for twenty years (wow, yes, I’ve just realized it’s been that long now!), academic writing seems completely foreign. Suddenly I’m talking about “a performance matrix” and “parallel theory.” Phew! But I did it and it taught me something VERY key about myself and my life.

I am curious. I am a super curious person. I will go to the fabric store to have a look around and end up talking with a guy named MJ about a giant rabbit I want to make and he’ll say that I can have the fabric if I bring the giant rabbit back to the store for everyone to see. This is after we’ve already had a discussion about how useful paper bags are and all of the things we’ve made with them. Last week, I called my Mom and asked her to tell me the first thing she could think of from her childhood when I said the names of different animals. I foresee the notes I took turning into a giant silhouette animal installation. A few days before that, I called my grandmother and asked her all about my cousin Irene who it turns out used to sing country and gospel songs down at the Union hall back in the forties and fifties. When we finished talking about Irene, Mawmaw said, “Now who else do we need to discuss.” Mawmaw and Mom and the shopkeepers in town are used to me asking questions.

When I see rabbits knitted into the fabric of a scarf, I think “How did they do that?” And I just have to work it out. I will probably never become an excellent knitter, and that’s not the point (I’ve slowly learned), but I do have to try it just to see how it works. This is why I can repair my own sewing machine. At some point, my Mom, from whom I’ve inherited some of this curiosity, taught herself to repair sewing machines and she showed me. There’s no tangled bobbin that I can’t defeat now. Show me bad thread tension and I will dial in the perfect stitch even if I get a migraine doing it. It’s the same with so many things. If I see someone print a flower from a cut potato and a stamp pad, I’m 110% sure I’m going to need to do that immediately.

Because I tend to be self-critical, I have often seen my curiosity and enthusiasm as a weakness. The time I spend getting to the bottom of how to card wool is, after all, time I’m not spending writing a song or becoming a super ace banjo player. But, on the other hand, it was one of these flights of fancy that saw me writing my first song and picking up the guitar. That took me all over the USA, UK, and Canada (well, really Ontario, thanks Ontario!), for sixteen years. Had I stuck with my undergraduate major from Davidson College and blocked out all of my notions and curiosities from that point on, I suppose I would be working for a political think tank right now. That would probably have been fine, but since I know the life I chose instead, I’d be sorry not to have written all of those songs and seen my Dad’s face in the audience at Merlefest.

Writing out that statement of purpose back in December and gathering together my lifetime of academic and artistic work for someone else to scrutinize showed me that it was often my notions and enthusiasms which lead me to my next artistic discovery. My curiosity was my guide – not a distraction. So, now I finally feel calmer and less inclined to scold myself when I feel a new curiosity begin to surface. I’m starting to see it as something exciting brewing, a ticket to an unknown destination, the color mauve emerging from a green avocado skin, a pink rabbit jumping out of grey wool.

I hope you will be kind to yourself about things that you find curious and give yourself time to look into them. Oh, and the other thing! I’ve also realized it’s not essential to be the best knitter of rabbits or even the best banjo player. Seriously, the time goes so quickly here on planet Earth. That’s not a slogan for a greeting card. It’s REAL, real fast. What’s most important is that you enjoy yourself or you figure out something new or you learn from your mistake, so you can try something else, or you learn that even if you can’t skate backward, you can still skate forward.

P.S. There’s a major kerfuffle with mail going from the UK to anywhere outside of the UK. The Post Office’s international mail computer program has been hijacked by malware! So, I cannot currently send any physical CDs (or even a letter!) to the USA or anywhere outside of the UK. You can still buy digital albums. Or, you are welcome to order physical albums or tote bags, t-shirts, etc, and I will mail them as soon as the Post Office regains control of their computers!

Write to me at: jeniannhankins@gmail.com

Do you miss someone? I do. A new song tribute to Mawmaw Margie.

"Heiress to the mountain music crown." – Sing Out